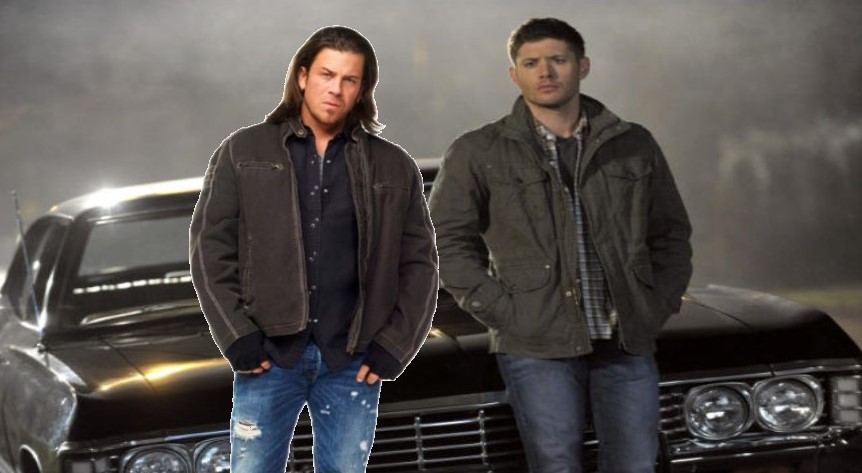 Two men stretched out on the bed, the smaller man cradled the larger against his chest. Hands stroked soothingly over the broad back giving what comfort he could. The emotional storm that started when the last ember from John Winchester’s pyre was extinguished finally passed.

When Bobby had called and told him there’d been an accident, Eliot Spencer’s heart stopped. It had started again when the old hunter told him Sam was fine, but John and Dean were in the hospital.

In between jobs he’d already been on his way to South Dakota so he simply detoured to Indiana. Finding Dean in a coma, with Sam and John doing their usual squabbling had Eliot threatening to bust heads if they didn’t get their shit together.

Eliot was sitting by Dean’s bed when the hunter sat up in the bed, gagging on his ventilator tube. The doctor was still shaking his head at his patient’s seemingly spontaneous healing. When John and Sam came into the room, Eliot watched the men, suspicious of the sudden turn of events.

Before he could question John, the man was dead leaving Dean to deal with a devastated Sam, and a dark secret.

Knowing Eliot would take care of Dean, Bobby had loaded the Impala on his rollback, and was headed for South Dakota when Eliot called with the news. He’d had to pull off the road to regain his composure. At times he’d hated the John Winchester for his treatment of his boys, but he still considered him a good friend. He just knew the idjit had done something stupid, and he have to wait ‘til the boys got to the house to get the details.

Thief though he was, it still made Eliot uncomfortable to be stealing a corpse from the morgue. They found a secluded place, and while Dean and Sam prepared the body, Eliot gathered wood for the pyre.

It was almost dawn when they’d checked into the motel. Dean had held Sam until he’d fallen asleep, eyes and face a red, swollen testimony to his grief.

Tucking the blankets around his brother, Dean finally crawled into the arms of his haven and let go trusting Eliot would keep him and Sam safe.