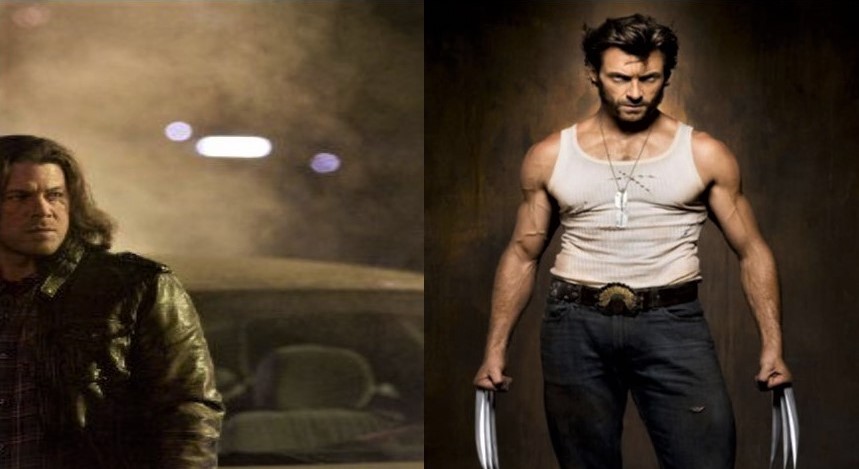 A man walks into a bar. The day’s been hot and the road dusty. He’s looking for a cold beer, rare steak, and a warm body. Doing a sensory sweep of the bar told the short, muscular man that most of the people in the bar worked in the oil fields. His nose twitched again. All but one. Brown eyes scanned the room looking for who was out of place.

No one stood out, but there it was, the musky scent of a large cat. Body parts other than his nose twitched at the rich scent. He chewed the end of his cigar as he moved to the bar and ordered a draft. He noticed a menu and asked about the food. He was gratified to hear this place was his best bet for a good steak.

Two of his three wishes granted, he settled in to solve the mystery of the delicious scent tickling his nose and libido. Short of sniffing every patron in the bar, he’d have to wait to see if they gave themselves away.

He upped his hearing a notch when he heard something about fights and money. This could be a way to have a little fun. The bar was having a tough man contest starting in a couple hours. This was turning out to be his kind of town. By fight time there was an itch of frustration over his inability to find ‘that’ smell. He went to join the other contestants at the area roped off for the fighters.

It didn’t take long for the group to be whittled down from 30 to 10. Most of the fighters had been local good ole boys hepped up on alcohol and braggadocio. Now they were getting to the serious contenders.

An hour later it was down to him and one other. His last opponent was a good five inches taller with brown wavy hair spread across broad shoulders. Bright blue eyes sparkled with adrenaline and mischief. The wind shifted around and there it was … That wonderful rich scent. The game suddenly changed. Logan felt the Wolverine prowling under the surface of his skin. He held out his hand.

“Logan.” His voice came out in a growl as the Wolverine pushed for his attention.

“Eliot.” The voice smooth as molasses ran along Logan’s nerves.

“Part of Weapon X project?” Logan asked as they circled.

Logan cocked a brow. There was a name to pass on to Chuck.

“How far you want go with this, Cowboy?”

“You kinda got the advantage … Wolverine.” Eliot chuckled devilishly at Logan’s expression.

It was Eliot’s turn to cock an eyebrow. “Attitude, wild hair and a cigar. Healing ability, metal bones. Yep, just a little advantage.”

“Sure. Got a place to bunk?” Blue eyes raked down the muscular body.

“No, but I have a feeling I will have.” Logan leered at his opponent.

“What’s your talent, Cowboy?” Logan’s voice was low so not to carry.

Logan caught the flash of teeth before the feral did a back flip catching him on the chin with his boot heel.

The men exchanged punches and kicks for almost half an hour before the metal laced knuckle connected one too many times with the prominent cheekbone, causing the skin to split. Both men took a step back, they were done.

He stepped out of the ring, grabbed his button down. “I’ll be at bar when you’re done bein’ a celebrity.” He pointed at the group moving towards him. “Incoming.” He grinned as he disappeared inside.

Only interested in getting the feral to the hotel and out of those jeans that left nothing to imagination, Logan made short work of collecting his money and his prize.

In the middle of the wrecked king sized bed, two men lie panting softly, sweat from their exertions cooling on glowing skin.

He’d lost track of who had done what to who. He had fucked and been fucked, and the lethargy his body was feeling was a welcome change.

Thoroughly satisfied with the bites, bruises and scratches marking bronzed skin, his scent on Eliot made him want to go another round, but a quick check showed the younger man fading fast. Pulling up the covers, Logan pulled Eliot to his chest and buried his nose in his mane of hair. He was going to find a way to stay in touch with this one. He was a keeper.

Nothing is True. Everything is Connected.